Look what showed up in my inbox!  From northern Uganda, besides assisting schools dealing with bullying issues, Beads on One String is helping to teach English. 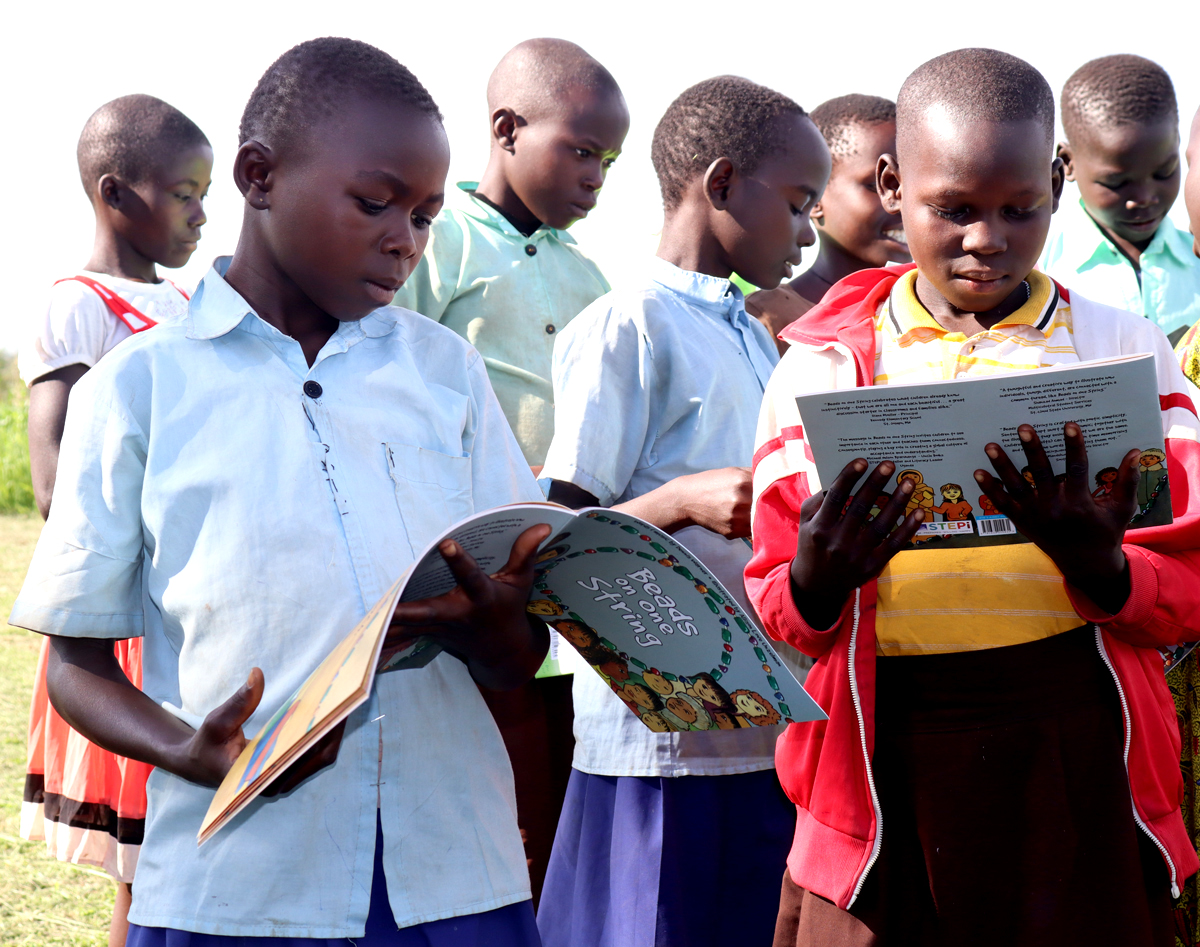 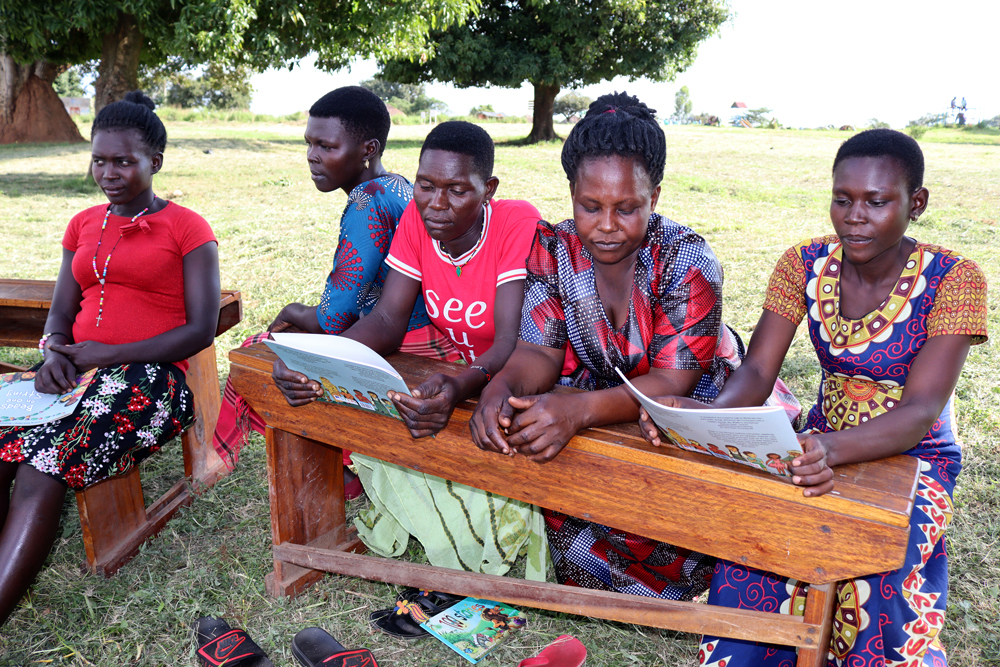 An exciting day here as we have taken delivery of the EIGHTH PRINTING of Beads on One String.  This printing is a major step for us as we went away from the “CD Included” in favor of putting a free Mp3 download link in the book. Obviously, CDs are not as popular as they were even a few years ago. The trend has been going towards download links, and by doing this, we can also bring the cost of the book to the consumers down significantly.

We leave tomorrow for a headlining event at the National Williams Syndrome Association in Chicago. We will perform two concerts for children and adults who live with Williams Syndrome.  This should be an amazing event!

These photos arrived today from Hermanus, South Africa and they make me smile.  School kids receive their copies of Beads on One String.

I can’t wait to go visit and sing for them! 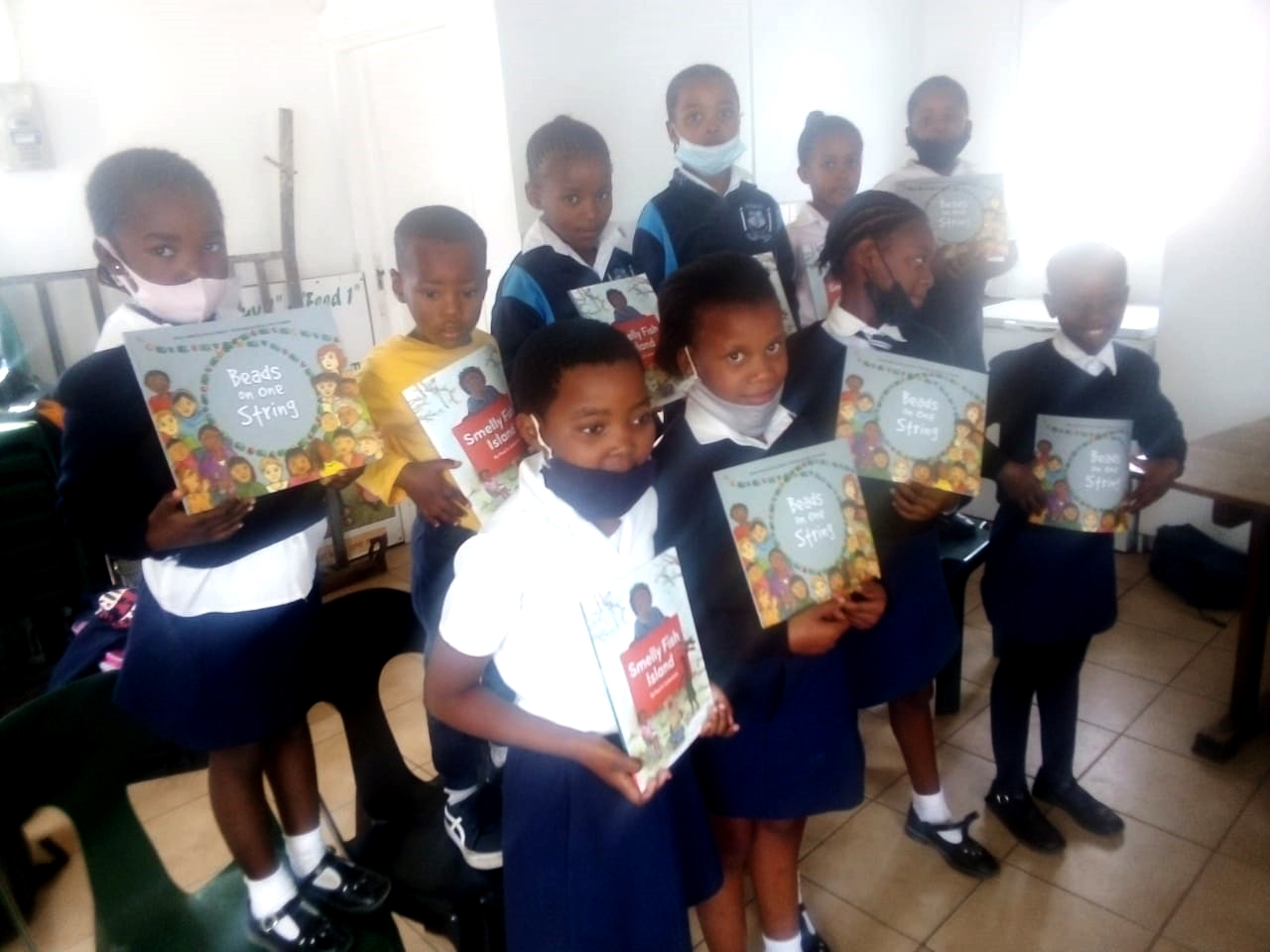 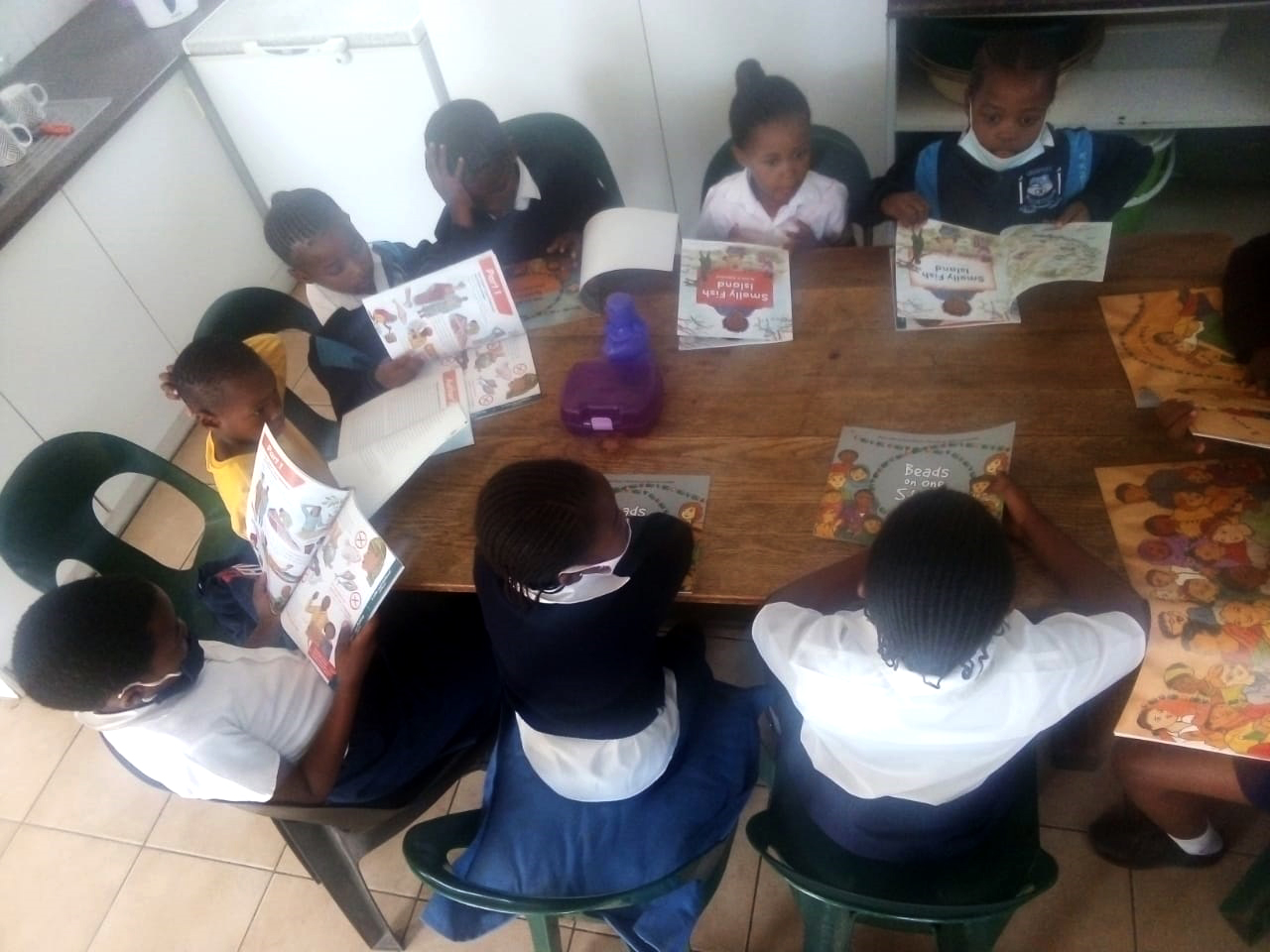 I received news that the SEVENTH PRINTING (and Second Edition) of BEADS ON ONE STRING has been released in Africa.  This is exciting news!  The STEPi/Utopia Foundation printed 10,000 copies which they will distribute at their cost to schools in several different countries on the African continent.  The new edition will help to teach English to the kids and adults as well as address the school bullying issues which also affect Africa.

We are back in the saddle again, following the long COVID layoff.  Dennis is pleased to announce that he has signed a contract with the STEPi/Utopia Foundation for an initial publication of 10,000 copies of Beads on One String to be distributed throughout Africa.  This will be followed up with a concert tour at a later date, probably in 2023 depending on the status of the COVID pandemic.  Yay!  Beads on One String continues to travel the world!

Here are a few photos from the Global Mandala Project, created by world-renowned artist Sonia Osio.  Dennis was the featured performer at the opening ceremony and participated in the assembly of the full Mandala at Unity North outside Atlanta, Georgia.

People of all ages from all seven continents were asked, “What is your hope for humanity?” The response was overwhelming as 15,000 messages of hope for humanity poured in from over 60 countries and all 50 U.S. states.  Their hope was expressed artistically in the form of various circles that Sonia and her team assembled to create one global mandala. These individual circles came together as one to represent humanity’s hope for the future. It is our hope that the Global Mandala inspires the world to create the future we desire.

We are truly beads on one string.

PHOTOS (Click on image to advance the photos)
-Dennis Warner pictured with the messages he created for the mandala.
-Dennis with mandala creator, Venezuelan/American artist Sonia Osio.
-Poster for the week long event
-Mandala piece sent from Cuba for inclusion in the project
-Two photos preparing for the opening night
-Dennis along with others on the assembly team 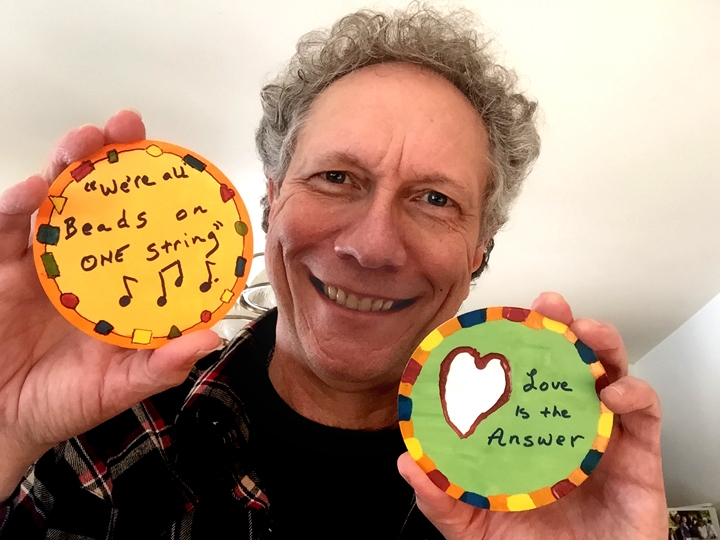 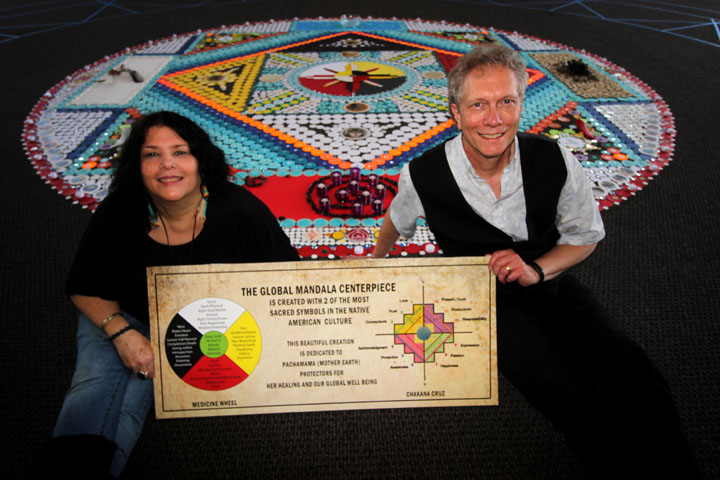 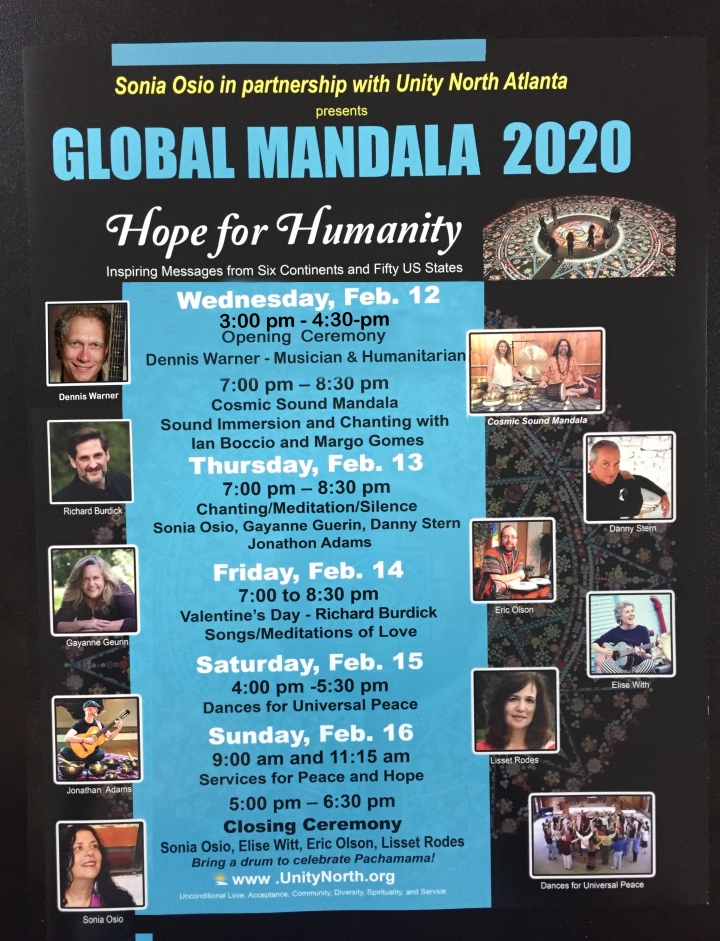 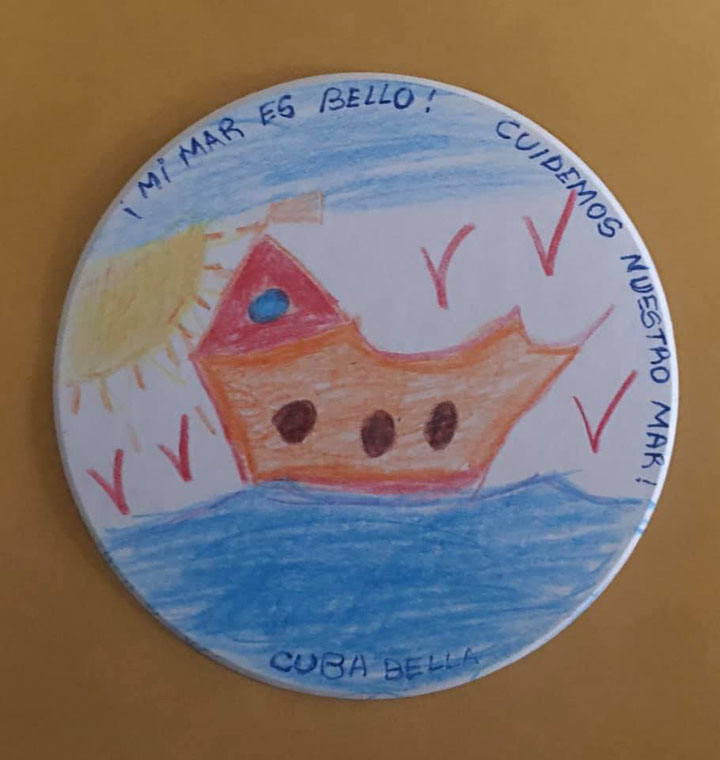 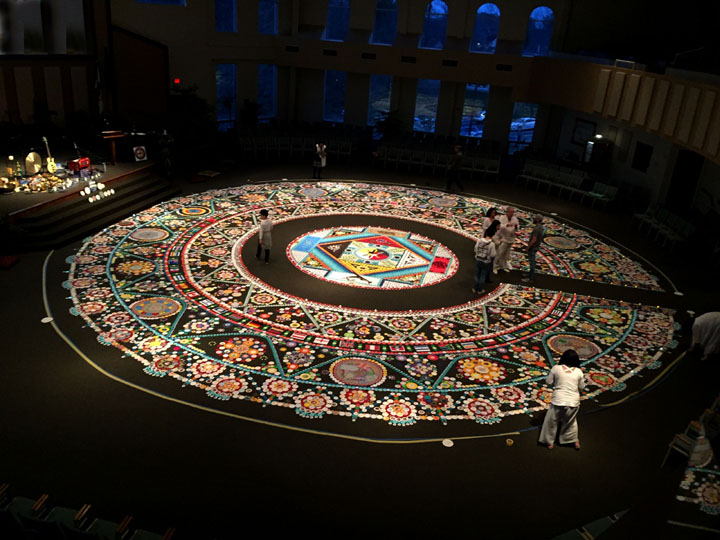 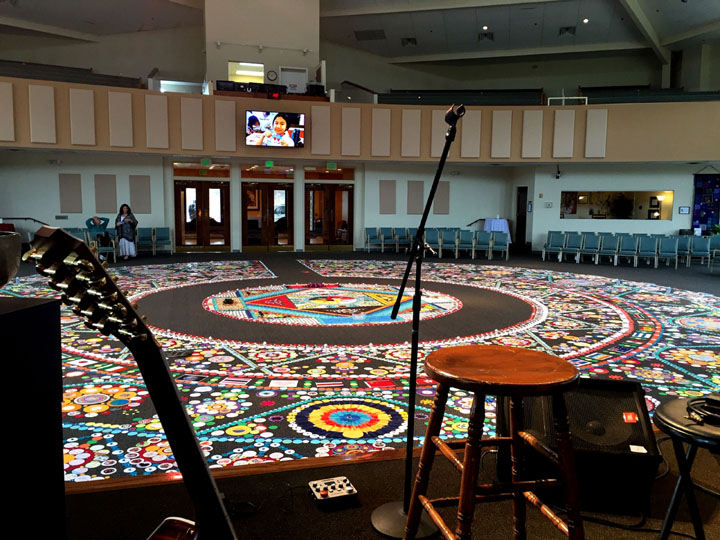 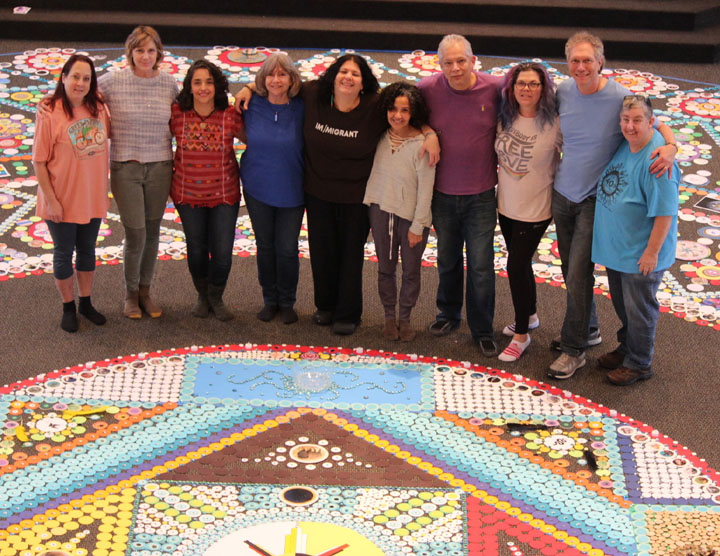 Dennis just received a phone call inviting him to be the headline performer at the opening ceremony for the Global Mandala Project !  Dennis has also been asked to represent Minnesota and create two art pieces for the project.  No Pressure!
He will spend almost a week with the team assembled by the artist, Sonia Osio, helping with the layout of the mandala after sorting through thousands of art contributions from around the world.  Here’s a video about the project:

We’ve just returned from the Parliament of the World’s Religions conference in Toronto, where Dennis was a featured performer at this amazing global event!

Over 7,500 attendees, representing 220+ faiths from around the planet gathered finding ways to coexist in our diverse world!  Here are a few photos.  You can see more at  Warnersongs.com

While Dennis was there to perform, Chicago based Spiritual Playdate provided a table where everyone could make a bead to be placed on the string.

Yes, we are truly “Beads on One String” all around the world! 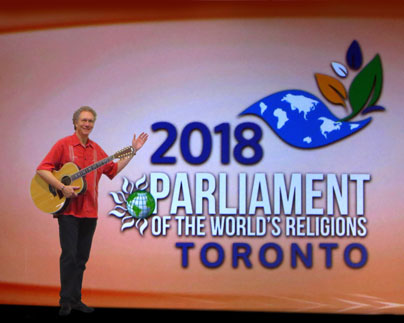 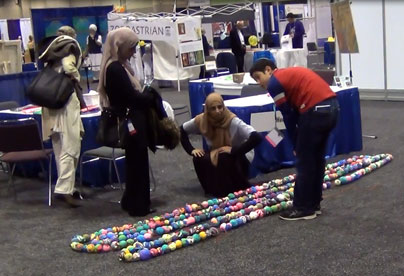 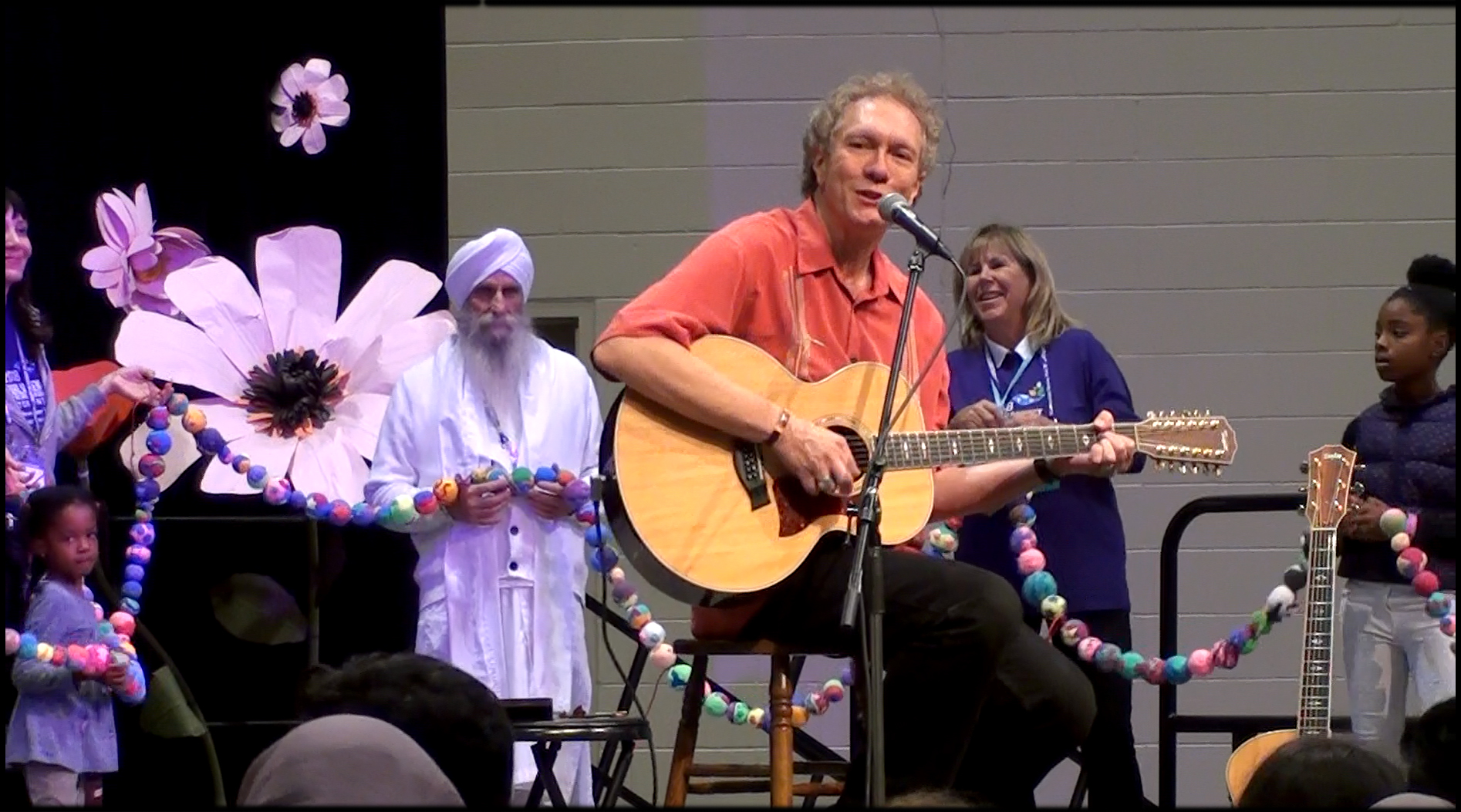 Dennis was honored to be invited to New York City and the RoundGlass Music Awards! 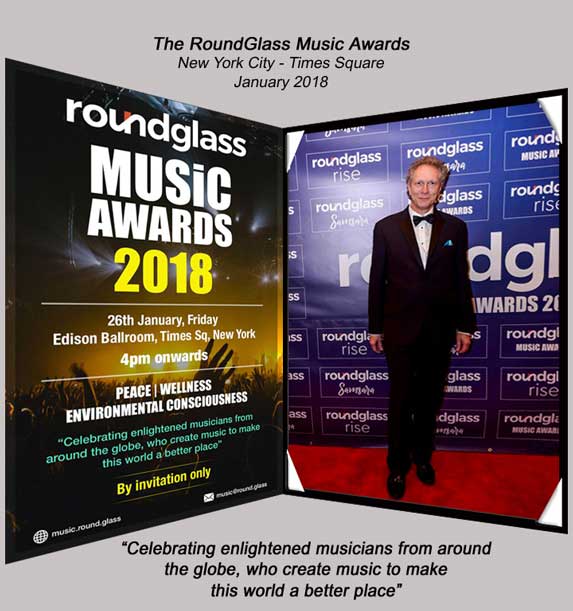 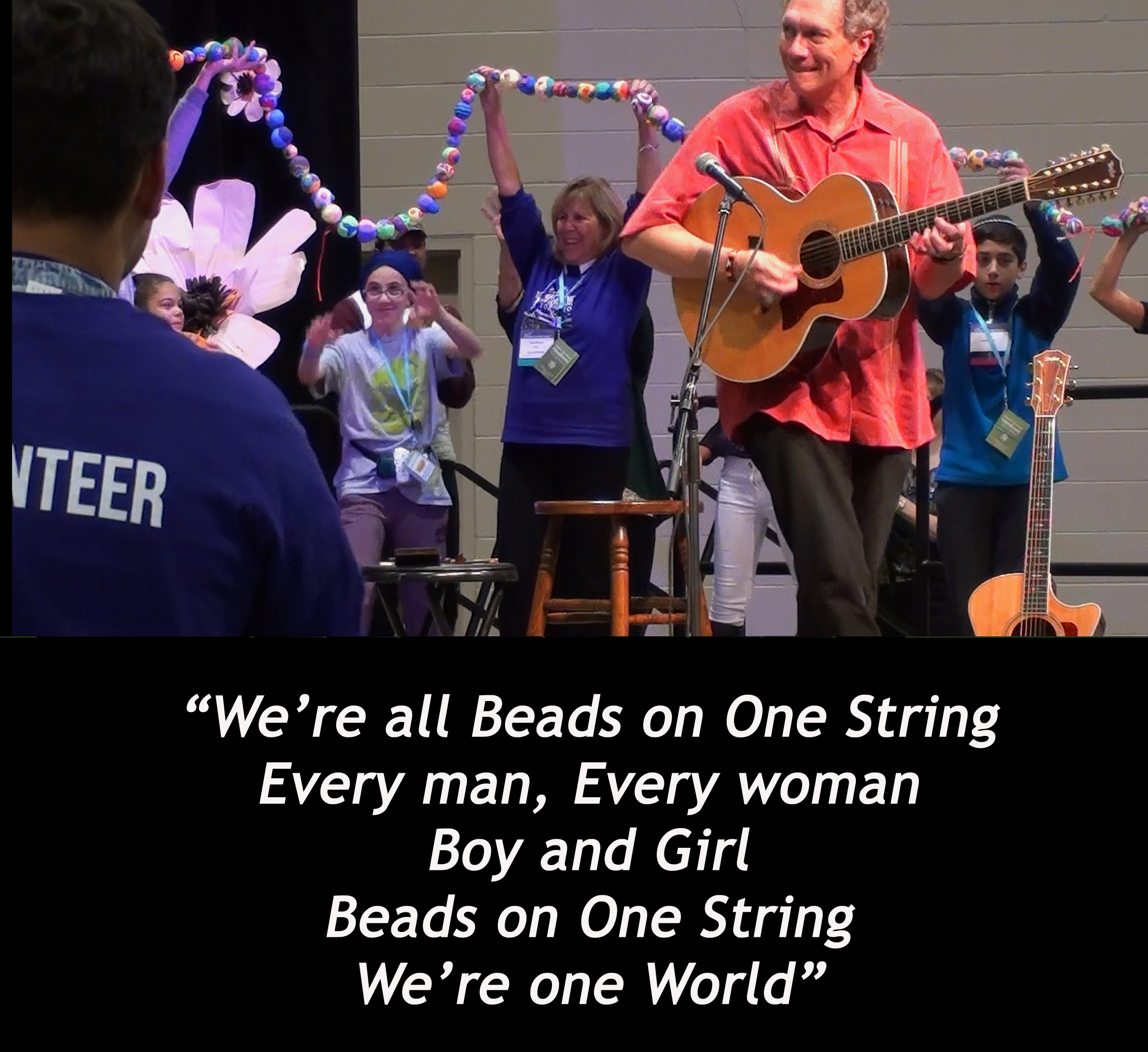